From the science department we have two studies to bring to your attention.

As you know we are all about studying productivity and bringing ideas that can help. These ideas are sometimes based on furniture designs, ergonomic ideas and this week it’s all about sleeping (or lack thereof) and micro breaks at the office.

You’ve heard it over the years that you need to get your sleep. 6,7,8,9 hours of sleep is what your body needs to work optimally during the day. Well now a study from Cambridge (the big school across the pond) indicates that lack of sufficient sleep is more detrimental to productivity than drinking or smoking. Yikes. 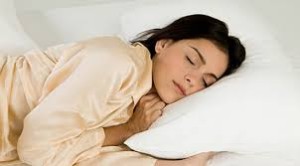 The study was compiled from a 2014 Britain’s Healthiest Company Survey. It showed that getting less than 7 hours of sleep per night can have a greater effect on workplace efficiency than depression, being bullied or suffering from high blood pressure. The only thing that ranked higher was have financial concerns.

Here are the top 12 factors they found linked to productivity, or lack of, in the workplace.

The study did acknowledge that they were looking at the short-term and that long-term effects of some of these conditions may cause a greater decline of productivity over time.

In another study from down under (Australia) the team worked to see if micro breaks and looking at green space would have an impact on attention span. Turns out it did.

Now you’re probably wondering what a micro break is. Turns out it is really short, around 40 seconds long. The study took participants in separate groups and had them do a really boring test. The control group was allowed to take these short breaks and look at a grey concrete building roof. The other group was allowed to take the same breaks but they were allowed to look at a green scape picture of the same roof, you know with flowers and green plants and such.

This tells me that we may be closer to the world vista views of Back To The Future in Marty McFly’s house of the future. 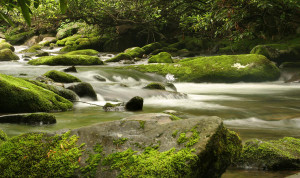 So instead of leaving the office now to go look at the trees and grass just pop up a picture on your computer for a minute or so and you’ll be good to go.

Of course we still always recommend a break to stand, walk, chat, do something else every 35-45 minutes.

Matthew has been in the Office Furniture business for over 40 years - that's a long time.

As the owner of Interior Dimension he strives to provide the highest level of service to our clients to keep them truly excited about working with IDI.